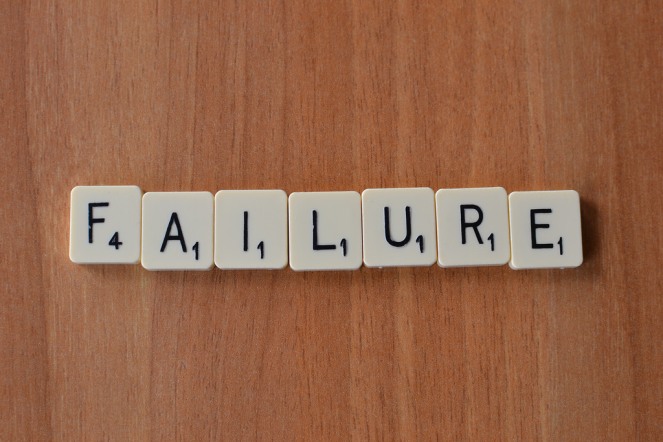 (This excerpt originally appeared as a post on my LinkedIn feed).

Whoever first said that “life isn’t a popularity contest” probably needed to get out more, but he or she had one redeeming quality: being a good investor. My new book, Heads I Win, Tails I Win, shows that most of us are lousy.

Think back to your high school. If it was anything like mine, the student body voted to decide which of their classmates was cutest, best-dressed, funniest and most likely to succeed, among other categories. The last of those was often the easiest to guess: a kid who had it all figured out and was well on his or her way to an Ivy League university followed by medical school or some other solid, lucrative path.

There isn’t a vote for least likely to succeed. The point of these contests isn’t to hurt people’s feelings, even if they sometimes do. But if there were then the recipient would be equally obvious: that good-for-nothing stoner who was late for every class and barely graduated or didn’t at all.

Now imagine being able to buy a share in the future earnings of Mr. or Mrs. “Most Likely” and “Least Likely” as if they were a company. The market prices would be sky high for the former and a pittance for the latter, with good reason. Everyone else would fall somewhere in-between. That’s exactly how the stock market works, though the vote occurs every minute of the day.

Whether you rely on conventional wisdom or actual surveys such as “America’s Most Admired Companies,” picking out the corporate crème de la crème isn’t hard. But investing in them exclusively happens to be a bad idea. In fact, the least admired companies on such lists tend to outperform the best ones as measured by stock market performance.

Think back on the high and low achievers in your graduating class. Some of the bad eggs probably turned things around and, while they may not be fabulously wealthy, are doing fine. Meanwhile, some super-achievers never really lived up to expectations. Likewise, we pay too much of a premium for respectability in the corporate world. Once a company is a blue chip, it’s priced not only appropriately but at a premium. Translated into stock selection, going with less popular, less obvious choices is likely to be profitable. Finance professors Meir Statman and Deniz Anginer combed through several back issues of Fortune Magazine’s ranking of respectability and created a “most admired” and “least admired” portfolio. Shares of the latter outperformed the former by nearly two percentage points a year.

Favoring Wall Street’s redheaded stepchildren can be done systematically. One way is to buy companies that essentially are being dumped by larger corporations. Unable to sell them or unwilling to pay a big bill to Uncle Sam in the process of doing so, companies frequently “spin-off” subsidiaries to existing shareholders in a tax-free transaction. The thing is, though, professional investors act strangely when these brand new companies land in their portfolios. Suddenly a fund that owned, say, a large bank, also has the same exact stake in a small or medium-sized insurance company. They already owned it before, of course, but it didn’t have its own name and stock ticker. In a value-destroying disservice to their clients (hey, what else is new) , they decide that keeping it in their portfolio is more trouble than it’s worth so they’re likely to sell their shares in the near future, putting downward pressure on its price early on.

Meanwhile, a middle-level corporate manager at the former insurance subsidiary suddenly finds himself as the chief executive of a listed company with his or her very own stock options and an even stronger incentive to do well. It may take a while, but the results usually are surprisingly good. The phenomenally successful value investor Joel Greenblatt wrote about his strategy of buying spinoffs in You Can Be a Stock Market Genius. Other investors have taken note. There are exchange traded funds that buy spinoffs exclusively. A $100 investment in an index tracking their performance has grown to $319 in the past year compared to just $170 in the broad stock market

Another long-running, well-known, yet still successful way to profit from what’s out of favor on Wall Street is to buy the “Dogs of the Dow” each January – the ten highest dividend-yielding stocks among the 30 Dow Jones Industrials. These usually were relatively poor performers in the previous year, allowing their dividend yields to rise (as price falls, yield rises as long as payouts are unchanged). A $100 investment at the start of this century in the Dogs turned into $313 compared to $233 in the broad market.

Far worse than investing in the most-admired companies is having a preference for the most glamorous or exciting ones. The very first investing book I ever read, Peter Lynch’s 1989 bestseller One Up on Wall Street, warned investors away from companies with flashy names. It specifically said companies with an “x” in their name were to be avoided.

It seemed like a throwaway line but it stuck in my head years later. Just for fun I decided to test it out for an investing column in 2010. The results were surprising. I found 109 stocks in the Wilshire 5000, the broadest U.S. stock index, that began or ended with an “x,” including a few that did both. Right away I could see that Lynch was onto something. Only 49 of them had been profitable in the previous year. Even weeding the money-losing ones out, the remaining stocks were far more expensive on measures such as price-to-book or price-to-earnings than the broad market and also a lot more volatile. In other words, they were both riskier and less desirable on average.

Why would there be a connection? As any Scrabble player can tell you, few words have an “x” so that letter, probably along with “z” and “q,” lend themselves to made-up, snazzy-sounding names. By my calculation, an “x” appears in company names 17 times more frequently than in actual English words.

The same warning could have been given about companies with a “dot-com” in their name 15 years ago. A quarter century earlier, in the swinging sixties, it was anything with the suffix “tronic” or the word “scientific.” Hot companies included Vulcatron, Circuitronics, Astron and the gratuitously snazzy-sounding “Powerton Ultrasonics.” In his classic A Random Walk Down Wall Street, Burton Malkiel tells the story of a company that sold vinyl records door-to-door. Its stock price surged 600% when it changed its name to Space Tone.

The fact that boring stocks are better seems to be a lesson that each generation has to learn anew. Superior bang for the buck from dowdy, out-of-favor companies was discussed as early as 1934 in Security Analysis, the investing classic by Benjamin Graham and David Dodd. Graham was the teacher and has served as the inspiration for the most-successful investor of all time, Warren Buffett, so it’s safe to say that his theories have worked pretty well in practice.

Each generation may make the same mistakes, but individual experience seems to matter. When my son’s high school had a stock picking contest I asked if I could see his classmates’ portfolios. The most popular choices were highfliers such as Tesla, Facebook, and Apple. Not a boring company in sight. Most of his classmates lagged the market.

A company called Openfolio that anonymously aggregates results and holdings from thousands of individual investors showed the same thing. Some 77% of Tesla shareholders were 49 or younger while 73% of Exxon Mobil owners were over 50. But younger investors’ love of flashy companies hurt them. During 2014 the portfolios of 35 to 49 years olds lagged 50 to 64 year olds by 2.3 percentage points. Those below 25 lagged the older group by a whopping 6.4 percentage points.

Maybe we do live and learn.

I rite good. View all posts by SJ

7 thoughts on “Least Likely to Succeed”