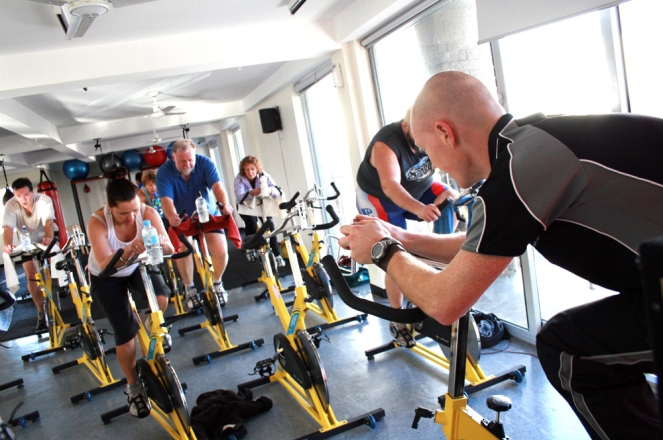 So there were a few new faces at my gym this week. I seem to recall seeing the same thing about a year ago and about a year before that. If you go frequently enough, and particularly if you normally work out at the same time of day, you notice these things.

Although no Charles Atlas, I’m a creature of habit and as regular as rain when it comes to exercise. Other than when I’m traveling, I can count the number of days a year that I fail to show up on the fingers of one hand.

So why is such a loyal customer a bad gym member? Failure to wipe down the equipment? Loud grunting? Hogging the Stairmaster? No, no, and no – it’s precisely because I show up so frequently. I didn’t think much about this before my old gym started facing financial difficulties and finally went out of business. It had been there for 15 years with its main competitors being a fancier but much more expensive gym in town and a similarly-priced but less personal chain in a neighboring town.

During the last year that they were in business a handful of new competitors opened up nearby – a fancy spinning studio, an expensive interval training chain, a cult-like group workout/prison-style gym franchise, and finally my current gym, which is basically a newer, shinier copy of my old one.

Just based on what I could observe, my gym seemed at first to be plodding along despite all the new entrants. My view was limited, though, to two types of members:

People like me, it turns out, aren’t doing the owner any favors by showing up religiously. Gyms, you see, aren’t very cheap to run. They open early, close late, take up a lot of space and pay high bills for heat, electricity, hot water and janitorial services. Their machines are expensive (several thousand dollars for a new stair climber or elliptical) and break frequently. Even after they raised prices a couple of times, I was paying, by my rough calculation, about $1.03 per hour spent at the gym. How many people like me would a gym have to pack in per hour to cover its overhead? Probably a lot more than it can comfortably hold.

Therein lies the answer to how gyms can stay in business with such daunting economic factors working against them: All those people I’ve seen the last couple of weeks but probably won’t be seeing in a month or two. Author Dan Davies explains in “The Secret Life of Money” that 75% of gym memberships are taken out in January as people attempt to fulfill their New Year’s resolutions but that the vast majority only actually go a handful of times.

In addition to these nearly perfect customers, the other segment of my old gym’s clientele that kept them afloat were those who paid extra for premium services like zumba classes, personal training, or $5.00 protein shakes with an 80% profit margin. It seems, though, that many of the members willing to pay a premium were lured away by the new offerings in town. By last summer, a month or two before my gym said it would close, it offered a month of free spinning sessions for “floor members,” presumably in the hope that we’d step up our subscription. My wife and I went a few times and were shocked to see how few of the bikes were occupied. One time it was just the two of us.

So there you have it – I’m a bad gym member. I shudder to think how crowded the facility might be or how much they would have to charge if everyone were like me. Even if they leave dumbbells lying around or fail to wipe off the elliptical, I won’t complain about the new January people again.

(This post also appeared on LinkedIn and on Cacophonyandcheese.com)

I rite good. View all posts by SJ

One thought on “I Am a Bad Gym Member”